The event My Environment, My Lifeline, boasting skits and shows by local artists, a football tournament, and a mega community clean-up exercise, launched Ahero town’s urban project last week. This change project will improve drainage in the market and other waste handling.

The original version of this article was first published on Kisumu County Government’s website.

All businesses in Ahero came to a standstill as traders and residents were caught up in a triumphant procession along the streets, tuned to Luo traditional beats, in a bid to raise awareness on the official launch of the SymbioCity urban change project.

The project focuses on solid waste management and the improvement of the drainage system within Ahero market. With the systematic approach, solutions will be geared towards the reduction of pollution to Nyando River and also improving the livelihoods of the locals by creating opportunities for the youth to engage in economic activities. 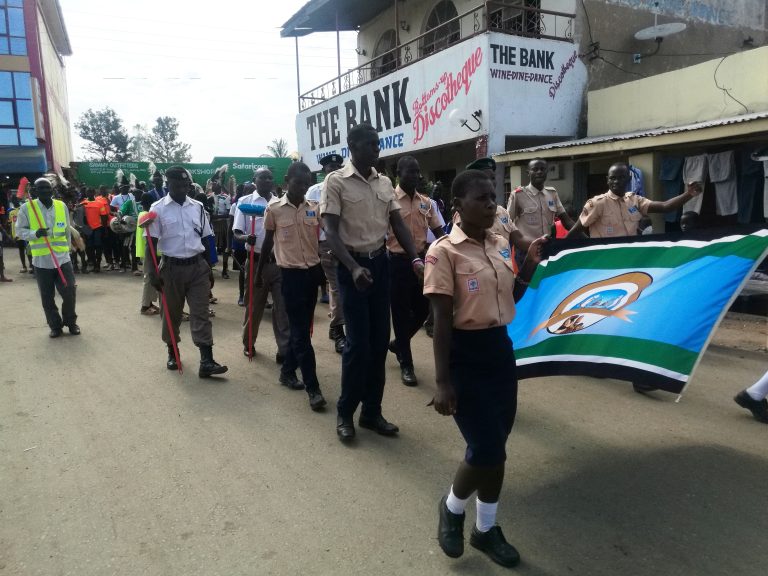 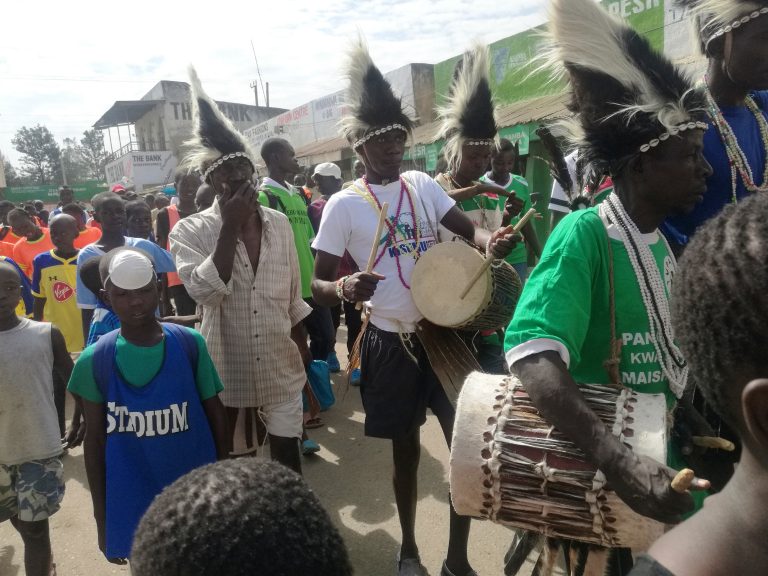 The procession marked the official launch of the Change Project in Ahero, and was led by scouts and the local council.

The colourful event, anchored on the slogan “My Environment, My Lifeline”, was marked with several activities focused on sensitising people on waste and environmental management for sustainable urban growth. These included a mega clean-up exercise, speeches, performances from local artists, skits and football tournaments for girls and boys under age 16.

In the boys’ tournament, Korea FC beat Vasco FC on penalties and clinched a trophy while among the girls clubs, Onjiko Girls talent beat Kasuna Girls FC at 1-0 and made away with the trophy. The runners up Vasco FC and Kasuna Girls FC received a token of appreciation for their spirited participation. 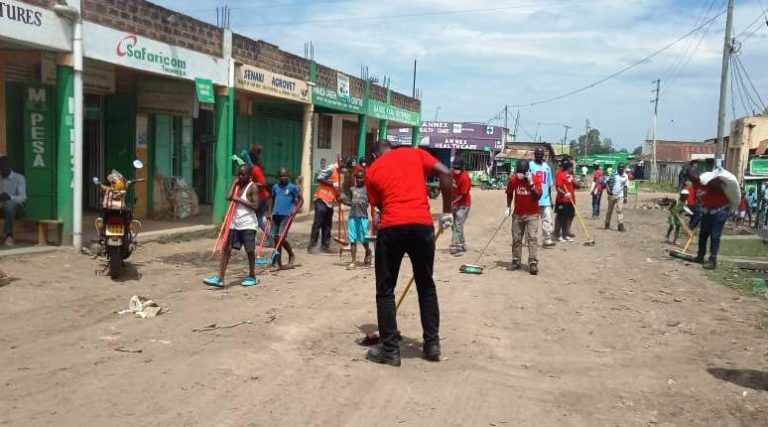 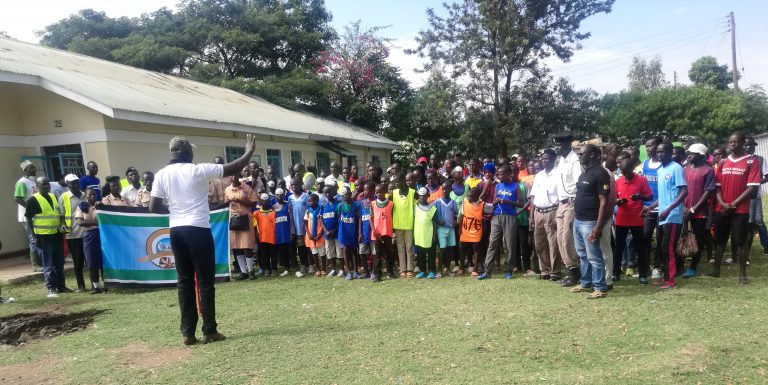 The launch included a major clean-up of Ahero; project coordinator Mr. Sospeter Onunga gave his remarks before the the procession and the clean-up.

While representing Kisumu Governor during the official launch, the CEC Lands, Housing and Physical Planning Mr. Dickson Obungu, reiterated that before the end of this financial year, Ahero is set to have a town administrator who will be mandated to look at the planning of the town. This follows the gazettement of Ahero as a town.

He further applauded the move by the Council of Governors and SymbioCity to implement the change project which he termed a move towards the right direction in changing the lives of the residents of Ahero.

In response to the question by the area Member of County Assembly (MCA) concerning regular clean-up of the town and garbage dumping along the highway, the Minister promised to work closely with SymbioCity in order to maintain a clean environment by providing a track to collect garbage.

The Ahero MCA, Hon. Kennedy Ooko, on his part challenged the stakeholders that the cleaning should not be a onetime event, but should be done regularly. He also requested the CEC to allocate a track that will collect the heaped garbage since Ahero should meet the standards of a town.

The area MCA Kennedy Ooko giving his remarks during the launch.

The program officer, Maureen Njoga who represented SymbioCity and the Council of Governors, thanked all stakeholders for turning up for the official launch and urged them to support the implementation of the change project that would improve their economy and standards of living.

The project coordinator, Mr. Sospeter Onunga, accredited the rich diverse talents in Ahero and promised to work closely with the groups in order to achieve the goals of the project. He thanked the partners for their unwavering support to ensure the event was successful. “SymbioCity is all about inclusivity, synergy and networking,” said Mr. Onunga.

Photo caption, banner photo: Onjiko Girls made away with a trophy in the football tournament.